Update 28 July 2015
Billingford is being discussed at a plans subcommittee meeting on Thursday 30 July 2015 at 7.00 p.m. The planning officer's report is available; we are pleased to note that it recommends refusal. We are also pleased to note that Councillor Nicky Dykes will be speaking against the application in support of residents, and therefore the application should be heard by early in the evening. 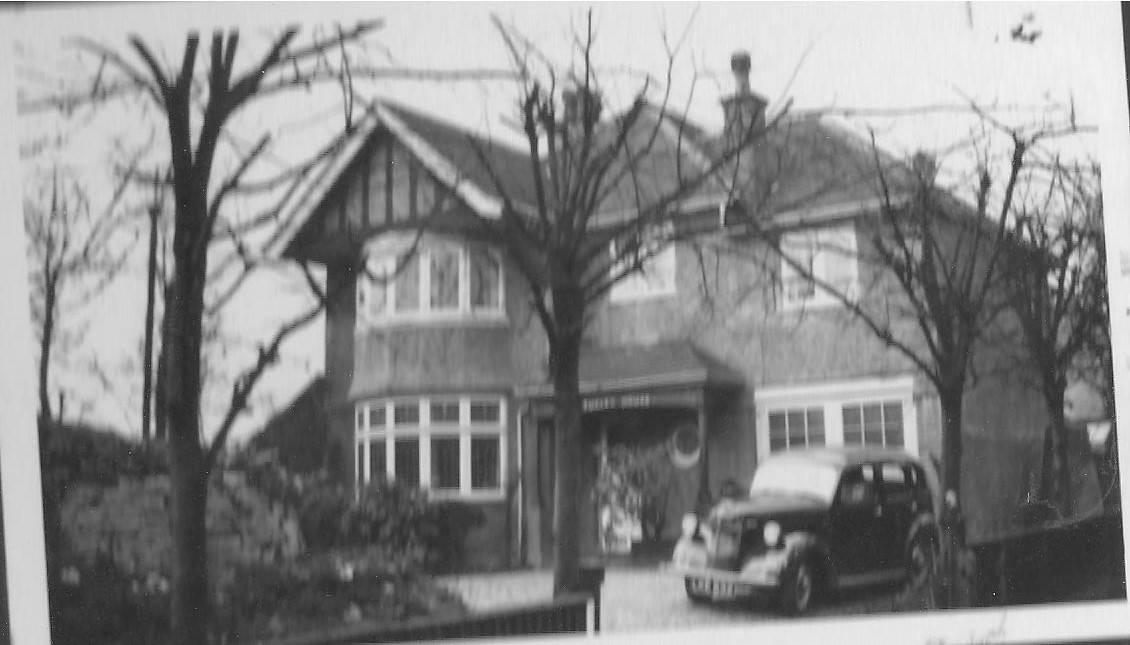 Update 13 May 2015
There is a new application, reference number 15/01673, for the demolition of the existing dwelling and construction of part two/three storey block comprising 4 × two bedroom and 1 × one bedroom flats, parking, cycle storage, landscaping and refuse area at Billingford, Elstree Hill, Bromley BR1 4JE. The following substantive documents are available:
Update 9 December 2013
We are delighted to announce that today the Planning Inspector dismiss the Appeal. The principal reasons for dismissal were that the proposed building would be too bulky for the site and would have a detrimental impact on the residents of 27 Elstree Hill.  The full text of the decision can be read here.  It is of course possible that a revised application could be submitted.

Update 1 November 2013
A site visit is scheduled for mid November but residents will not be able to talk to the Inspector (he will insist). The results of the Appeal will be known within a few weeks of the visit

Update 11 October 2013
A site visit will take place as soon as an Inspector becomes available.  Details will be posted here idc.

Update 25 July 2013
This application has now been Appealed.

Please make your comments (open this link and scroll down to where it says 'Comment on this case') to the Inspector as soon as possible, and certainly before 9th August.  If you would like the Inspector to visit your property so he can see how you will be affected, please let him know.  You can repeat your previous objections, and add any that occur to you. Please contact us for advice if necessary and follow us on Twitter - @RVPSBromley.

Update 2 May 2013
We are very pleased to say that the Billingford application has been refused, unanimously and out of hand, by the Council's planning committee tonight.
We are very grateful to Cllr Harmer for speaking against the application and for the support of his fellow Councillor Nicky Dykes.

A notable phrase from the evening was when one of the planning committee members said that the application was 'an attempt to squeeze a quart into a pint pot.'

It should be noted that it is quite possible that an appeal will be lodged or a modified (reduced) application may be submitted.

Download the full Planning Officers report here.   (This is a PDF file so use Adobe or similar) 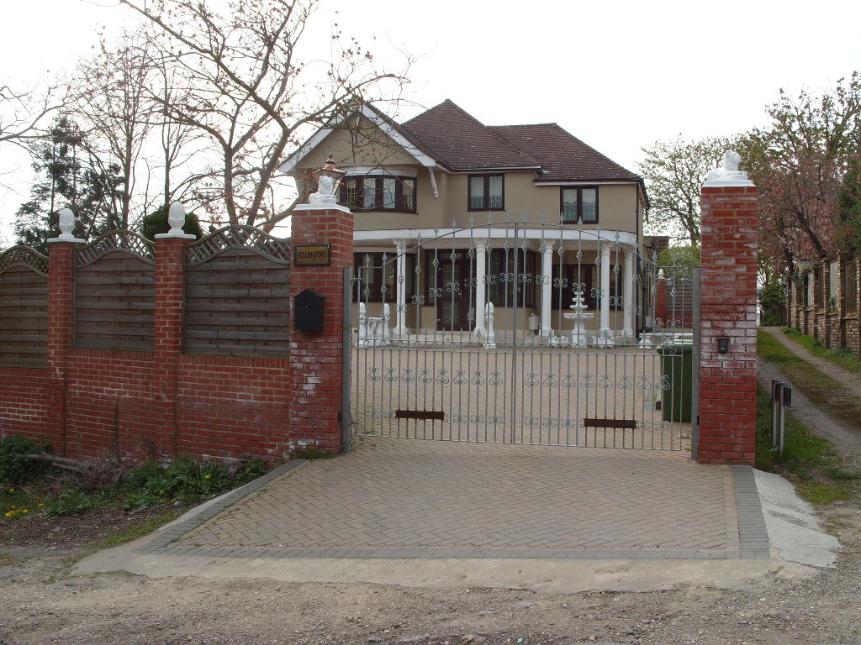 Above, an old picture of Billingford, and top, the proposed flats seen from the side

Update at 10th February
There have been some minor revisions to this application which can be found here (see documents dated 31st January).  However, they don't amount to much - just an indication that the materials used on the front elevation might be more attractive and that there are an extra three bike parking spaces (that's all right then!). We have made a further objection:

We continue to object to this planning application on the grounds that the revisions are minor and do not address the fundamental shortcomings identified in our earlier comments.

In addition, we would like to draw your attention to the London Housing Design Guide published by the Mayor of London and in particular the Standards laid down in sections 4.1.1, 4.4.1 and 4.5.1. (See  http://www.designforlondon.gov.uk/uploads/media/Interim_London_Housing_Design_Guide.pdf)

There is another period of consultation which ends on 14 February and we urge anyone interested in this development  to make comments to the Council as soon as possible here.

Following our meeting on 1st November, it is abundantly clear that there is wide spread opposition to this proposal.  Indeed, nobody could remember so many people coming to one of our meetings before.  As such, RVPS has written to Bromley Council to object to this proposal as shown below. Our comments express the opinions of residents who have spoken to us, with which we agree. According to the Council's website this application must be determined by 17th November (earlier than we anticipated) and news of its progress will be published here.

In a meeting last night, the Society decided to object to this planning application on the following grounds: -

Generally, we do not consider that this proposal demonstrates ‘a high standard of design’ because: -

All these facts suggest that the proposed redevelopment is too intense.

In addition, whilst recognizing that windows on the south flank will have obscure glazing, they can still be opened and as such there is the potential for very intrusive overlooking into the two bedrooms of 27 Elstree Hill, which is set at a much lower level.  Further, the occupiers of 27 Elstree Hill are likely to feel quite dominated by the sheer mass and height of this proposal.

This proposal would be the only block of flats in Elstree Hill and the immediate area and as such would be out of character.  At four storeys high, it would also be uncharacteristic of the area.

There is minimal external amenity area for the design capacity of 18 people.  What amenity area there is, is very close to 27 Elstree Hill and as such the amenity and privacy of neighbours may be harmed by noise and disturbance.

The property fronts on to the important Green Chain Walk.  We are concerned that the overdevelopment of this site will lead to greater parking on the unmade Elstree Hill.  One of the pleasures of the Green Chain Walk in this location is its particular rural feel which is enhanced by the lack of any on street parking at the moment.  An increase in on street parking will have a significant detrimental impact on this attractive area

We note the following comment from the arboricultural report:

Given the distances from the proposed development only minimal levels of pruning are anticipated for the retained trees.  The orientation and location of Lime tree 377 means that occasional pruning (primarily crown lifting and crown thinning) may be required to enhance light levels reaching the basement flat.  Such operations should not have a significant adverse affect on the visual amenity of the tree or its structural condition

We are disturbed that the basement flats are so poorly lit that it is anticipated at this stage that lime tree 377 may need pruning to improve the situation, and clearly there may be pressure to fell it altogether at some point in the future.  Unfortunately, this tree is also needed for screening for the benefit of 27 Elstree Hill.  From this it is quite clear that the basement flat is an inappropriate feature of this proposal.

It should be noted that Kirkstone Way is less than four metres wide and as such it would not be possible for a refuse truck to traverse it.  Also, being unmade, it will be impossible to drag the 660 litre waste bins along it.  Furthermore, we notice that the refuse bins and the recycling bins are in different locations and we believe this is contrary to the Council’s policy of having everything at one location.

In a number of cases, fenestration looks marginal and we suggest that a proper analysis be undertaken of the anticipated daylight and sunlight levels.

Policy T13 (i) and (ii) appears to apply to this development which is located more than 20 metres, by our measurement, from a hard paved road.  There will be a distinct increase in traffic on the very narrow Kirkstone Way.

This application is to demolish Billingford and to build a block of 7 flats.  All the related documents can be found of the Council's website here.

From the front, Elstree Hill, the block will appear to be of 3 storeys but from the South, overlooking 27 Elstree Hill, an additional basement flat will give four storeys. The new block would sit on a slightly larger footprint than the existing property. Any comments about the application should be submitted to the Council by 29th October, but this could be pushed, if you need more time to Monday 5th November.

Important considerations will be: