The proposed fence, by reason of its height, siting and solid form would impact on sightlines and visibility splays and would result in conditions prejudicial to the safety of pedestrians and other road users, thereby contrary to Policy T18 of the Unitary Development Plan (2006).
The cumulative impact of the height, siting and solid form of the proposed side boundary fence, would result in an overly prominent and visually intrusive enclosure of the site, giving rise to an erosion of the open nature of the area and causing adverse harm to the character and appearance of the streetscene, thereby contrary to Policy BE7 of the Unitary Development Plan (2006).

The current application is for alterations to the existing boundary fence which currently exists to the sides and rear of the property. The submitted drawings show the existing fence (2 m in height × 12.7 m in width) to the rear would remain and part of the existing fence to the sides. A proportion of the fence to the side (closest to Coniston Road) would be removed and a lower iron railing would also be erected (1 m in height × 7.6 m in width).
Nearby owners/occupiers were notified of the application, but no letters of representation were received.
It was considered that the development in the manner proposed is acceptable in that it would not result in a significant loss of amenity to local residents nor impact detrimentally on the character of the area. Additionally, the proposal is not considered to result in a prejudicial impact on road safety.
Update - 22 August 2019
A planning application, ref. No. 19/02929/FULL6, has been made for alteration to the boundary fence at 2 Ullswater Close, Bromley BR1 4JF. Existing and proposed front and south west elevations are available.
The standard consultation expiry date is Thursday 29 August 2019.
Update - 3 August 2018
The planning application, ref. No. 18/02574/FULL6, for a single storey side extension at 2 Ullswater Close, Bromley BR1 4JF, amended by documents filed on 28 June 2018 and 3 July 2018, has been permitted. The delegation report and decision are available.
One letter of representation was received, which has been summarised as follows:
Whilst part of garden of No. 2 will be lost and replaced with a single storey side extension, it is not considered by the planning officer that the extension would erode the spatial characteristics of the area, with 1.2 m being retained to the boundary. No. 19 has an existing garage which has been built to the side of the property, and this is not considered to harm the spatial character of the wider street scene.
Having regard to the form, scale, siting and proposed materials it is considered that the single storey side extension would complement the host property and would not appear out of character with surrounding development or the area generally.
Update - 31 July 2018

The planning application, ref. No. 18/02574/FULL6, for a single storey side extension at 2 Ullswater Close, Bromley BR1 4JF is pending decision. Revised drawings are available.
See for example the existing and revised proposed front and south-west elevations.
A single objection has been filed.
Update - 13 June 2018

The application has failed to address the impact on the sycamore tree situated in the front garden. This tree was subject of a previous application refused in part. No supporting arboricultural information has been provided. 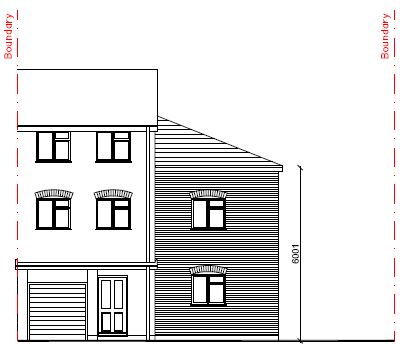 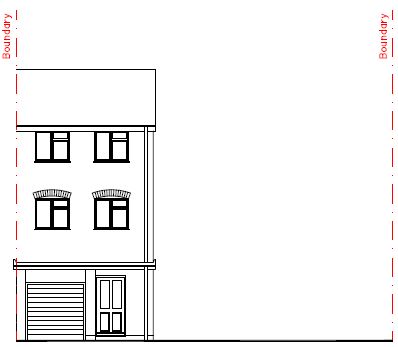 An application, ref. No. 18/00210/FULL6, has been made for a two-storey side extension at 2 Ullswater Close, Bromley BR1 4JF. The following are available:

A neighbour, Miss Charlotte Goodfellow, has already objected to the proposed development for the following reasons:

The site plan is misleading, the proposed development relies almost entirely on siting of the fence which separates the property from Coniston Road being on the boundary line, rather than where the fence was sited when the property was originally constructed. The re-location of this fence to the boundary line was the subject of Planning Application ref: 16/03372/FULL6 which was rejected under delegated powers by Bromley Council on 8th September 2016. The proposed development should be dismissed for this reason alone.

I live at number 125 Coniston Road, which is the property shown on both the existing and proposed site plans. What isn't shown on these plans is the location of the windows on my property. Clearly when these properties were originally built 2 Ullswater Close was situated in that position so that there would be no mutual overlooking issues. With the proposed development there is clearly an issue in that windows on the first floor will allow a direct line of site into our first floor master bedroom, whilst I accept that these are designated as windows for a wardrobe and bathroom, the application makes no mention as to whether these are to be obscured glazing, and sets a precedent were there to be any future layout changes on this floor. The other overlooking issue raised by this proposal is that from our master bedroom there [will] be a direct line of site between the first floor master bedroom at 125 Coniston and the large ground floor living area that is to be created and to be fitted with large glazed bi-fold doors. This will create not only further issues for us in terms of privacy for our bedroom, but also any future inhabitants of 2 Ullswater who will have to deal with overlooking of their living area.

Finally, 2 Ullswater Close is located on a prominent corner plot on Coniston Road, which was accepted by the council in their refusal of Planning Application ref: 16/03372/FULL6 as "an open area". The bulk of this proposed extension and its proximity to Coniston Road would be out of keeping with the area, dominating the corner, and adding nothing but a very bland brick elevation of no architectural merit which will serve to erode the feeling of openness which categorises the road. Whilst 1 Ullswater Close has had a similar extension added in the past this should not set a precedent for approval as that site is far less prominent and relevant to the street scene.