Front elevation from Oaklands Road
The design and access statement is available. This includes the following statement on garages:

Often new garages, especially those integrated into the house, are the most dominant feature on the site. However, the front door should be the primary element in the composition, treated as the focal point of the building facade.
Domestic garages should not be obtrusive and discordant elements in the street scene. Garages in the front gardens are rarely acceptable as they lead to a loss of garden space and harm the setting of the house. Ideally new garages should be located to the side or rear. Those to the side are best recessed behind the established building line and detailed in a manner that complements the detailing on the host building. Garage roofs, as those to extensions, should be given careful consideration.

The proposal does not retain the existing unusable (for a car) 1930’s garage, replacing it with a study and a bike store. These features are secondary to the front entrance in the same way that the existing garage is, with the front door recessed and served by a full width projecting step and a hipped roof continuing from the study/ bike store element. This clearly defines the front entrance.

Update - 29 March 2015
The Appeal has been dismissed – we won. The main issue was the effect of the proposal on the character and appearance of the area. See this Decision for details.
Update - 23 December 2014
Please don't forget to write to the Planning Inspector to object to the appeal. Attached is our objection.

Update - 10 December 2014
This application has just been appealed - see here. Any further comments have to be made by 7 January 2015. In order to make a comment on the Planning Inspector’s website, it is necessary to set up an account (easy to do) and then wait for a confirmatory e-mail.
Update - 21 October 2014
Now attached from the Council planning website are:
The application is refused as the proposal, by reason of its limited plot size, excessive bulk and height and limited side space provision, would constitute a cramped and over-dominant form of development, leading to an undesirable diminution in spatial standards in the area, and represent an incongruous addition to the streetscene. Cllr. Will Harmer has called this "Another win for RVPS and its residents!"
Update - 14 October 2014
According to the Council planning website, the application for the demolition of the existing house and erection of a four-storey block of flats with associated parking and landscaping at Oak Dene, Oaklands Road, Bromley has been refused.

Update - 12 June 2014
See this link for our objection to the demolition of Oak Dene.
Important message - 6 June 2014
We expect that this application will be considered by a Plans Sub-Committee of Bromley Council. A likely date for the meeting of this sub-committee is 7.00 PM, Thursday 3 July 2014, but this will be confirmed in due course. The venue will be the Council Chamber in the Bromley Civic Centre. We intend to speak against the application and support from residents would be appreciated.
Update - 6 June 2014
Join us in our campaign to resist this application!

As mentioned below objections should be made to the council by 13 June 2014 although they will still be valid up to 19 June if you are pressed for time. Objections can be made online here or by e-mail to Planning@bromley.gov.uk. Please do not hesitate to copy your objections to our local Councillor. Do please copy us as well.

A significant issue with this application is the lack of side space. This photograph shows the side space of the property immediately to the right of Oak Dene: 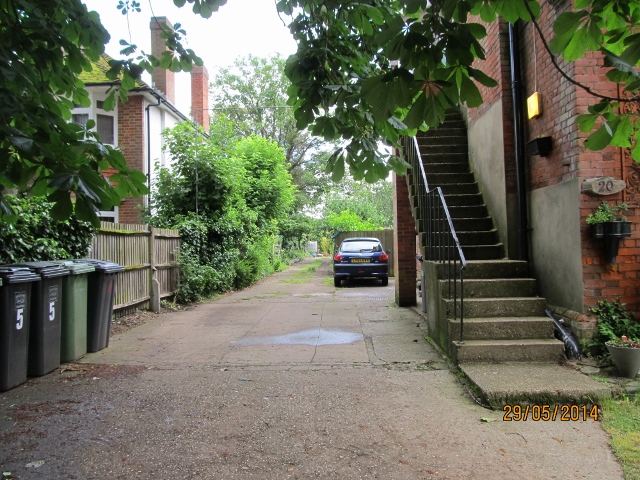 And this is the side space of the property to the left of Oak Dene: 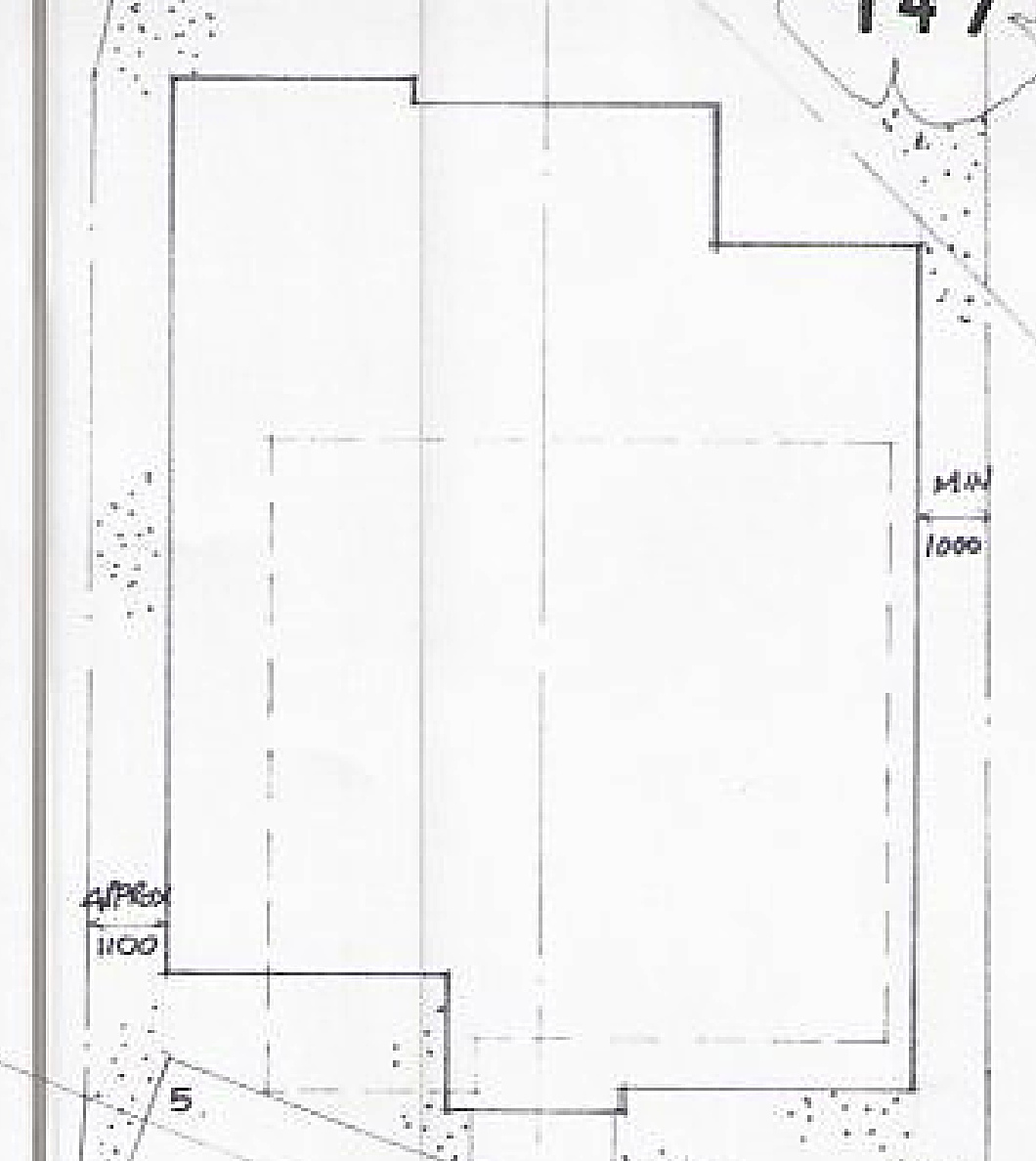 Oak Dene, Oaklands Road - 29 May 2014
An application has just been submitted for the demolition of Oak Dene in Oaklands Road under reference 14/01844. Details can be found here. The would-be developer is P.J. Supplies. Currently, the application is described incorrectly on Bromley’s website but it is in fact for 4 × two bedroom flats on the ground and first floor whilst there would be a further 2 × split-level two bedroom flats on the third and fourth floor. 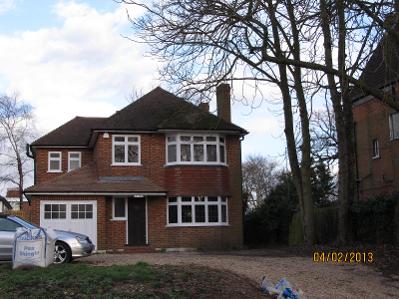 Oak Dene in the winter 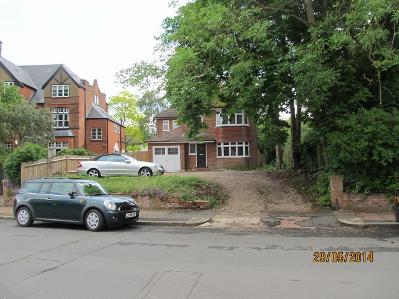 Oak Dene in the summer

The application only provides for 5 car parking spaces (which themselves are rather cramped) to the front of the property, which at full capacity could house 20 people. Whilst it is unlikely to be fully occupied, it could quite reasonably be occupied by 12 adults and as such there would inevitably be even more pressure on on-street parking. 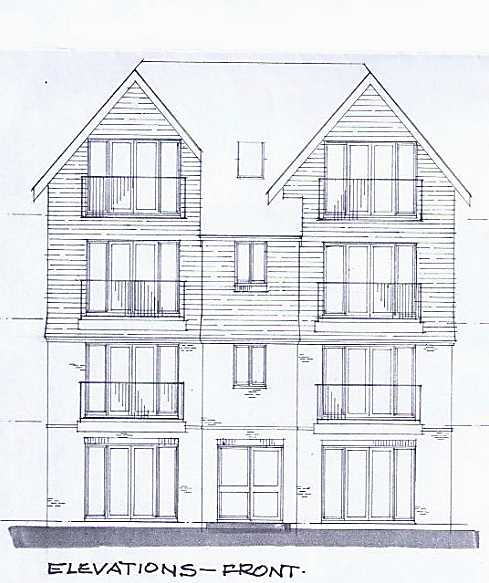 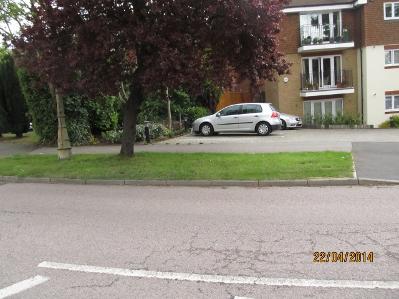 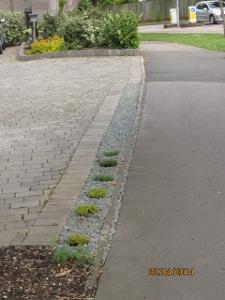 Above: no screening at all now remains at 113 Foxgrove Road – the car park is simply too cramped.

The property would have a very substantial footprint and comes within a metre of the side boundary, which results in a rather cramped overdevelopment.

There would also be a loss of trees at the site, which is covered by a Blanket Tree Preservation Order. Unfortunately, the Arboricultural report does not provide an accurate map so we cannot tell which three trees would be felled if this application were given permission. However, we believe that two of the trees that are identified for felling would be two that were recently saved from felling when an application to do just that was recently refused.

The following documents on this application are available from these links:

Comments about the application will have to be made by 13 June 2014. If you would like to be kept up to date, please contact us.