Update – Churchill Quarter – 10 April 2018
An application ref. No. DC/18/01645/EIA, comprising an EIA [Environmental Impact Assessment] screening request has been made. This is nominally for a development at 1 Ethelbert Close, Bromley BR1 1JB, but the two documents currently available on the file:
are labelled Churchill Gardens and Churchill Quarter, respectively. Information is available at the Churchill Gardens page on this site.
Public consultation for Churchill Gardens, Bromley (Opportunity Site G) – 21 July 2017
A face-to-face consultation took place in the High Street over three days, 6-8 July 2017. From 10 July 2017, the consultation as been online. Information is available at the Churchill Gardens page on this site.
Bromley Council's plans to demolish all the homes in Ethelbert Close – 23 November 2015
We have received the e-mail below from someone calling themselves Davina Bromley. It is in connection with a meeting on 25 November 2015 with Bromley Civic Society to discuss town centre homes under threat of demolition. The issue is quite important even if it is outside of our area. 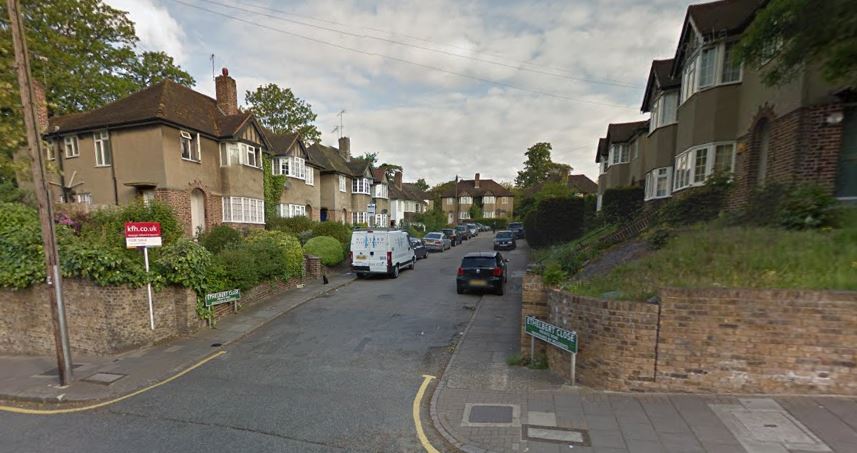 An opportunity to meet Bromley Civic Society for a key discussion about the future of Site G and the Council's plans to demolish all the homes in Ethelbert Close.

As most of us are aware, the Council’s so-called Opportunity Site G proposals collapsed spectacularly last year. The Council’s original intention in the Town Centre Area Action Plan was to acquire, demolish and redevelop everything on the west side of the High Street from the Churchill Theatre down to the railway, including the 40 homes in Ethelbert Close. The AAP concept was sold by the Executive to full Council on the supposed justification that, without massive new retail development, the “town will die”. The AAP Inspector was clear that, if to be considered, there should be a Masterplan and development must not be piecemeal. In the event, the only developer interested showed the concept to be totally non-viable and it has also been acknowledged by the Greater London Authority that the provisions for retail development in the London Plan have been greatly overestimated.

Not to be deterred, the Executive are now using the excuse of the adopted AAP and the shortage of housing to try to justify compulsory purchase of just the part of Site G comprising the homes in Ethelbert Close and the Town Church (a major community asset) for a block of 8 & 11 storey flats. The use of CPOs is meant to be exceptional and only where overriding public benefit can be shown. The Council will have to justify their proposals at a CPO public inquiry if and when a planning application has been approved.

Although entirely different from the adopted AAP and without the original justification of retail development, the required Masterplan and being piecemeal development, the Executive has not and does not intend to seek approval from the full Council for this radical departure from the AAP and the injustice to be perpetrated on the owners and tenants of Ethelbert Close and the Town Church. The homes, most of which were built in 1937, support a community comprising young families, the elderly, and disabled people who, by necessity, need to be close to the Town Centre. The community is well established with many residents having lived in Ethelbert Close for a considerable number of years.

Those outside the Close but within Site G are still under the same potential threat in the future and those who live close to this area will undoubtedly be negatively affected by the plans to build high-rise buildings in place of the current houses in the Close. Not least will be the impact on the historic environment of the High Street Conservation Area and Library and Church House Gardens. The current development at Ringers Road is a good indication of what the Council intends in terms of scale and massing.

The proposals for the future of Ethelbert Close and its surrounding area “Opportunity Site G” remain shrouded in secrecy despite the Council holding a workshop with stakeholders and interested parties on 21 July 2015. This workshop, however, focussed only on potential design ideas for the redevelopment of Site G (including the building of high-rise flats), while failing to answer the critical question of whether any development should take place at all.

As of November, there is still no clarity from Bromley Council regarding the proposed redevelopment of either Site G as a whole or Ethelbert Close and there is increasing uncertainty about whether there will be a robust Consultation Pro­cess. Bromley Civic Society has supported the residents and owners of Ethelbert Close over the last few years and there will be a collective MEETING taking place on 25TH NOVEMBER 2015 to discuss the plans for “Opportunity Site G”.