Permission has been granted for the lifts

A revised application has been submitted but it shows very little improvement in appearance so we have objected (to the appearance, not the principle of lifts). Comments to Council by 3rd May.

We support the provision of lifts at Shortlands Station.  Indeed, planning permission for lifts was granted four years ago which we supported. Unfortunately, upon detailed analysis, construction difficulties made this particular plan too difficult to implement.

Network Rail has now submitted a revised application for lifts, lift towers and a staircase. Full details here. Because the  scheme is 'permitted development', NO objection can be raised regarding the principle of having a lift - objections can only be made with regard to the siting and design of the proposed structures.

The towers would be 5 storeys tall and in a very prominent and elevated place within the Conservation Area. As shown below, the towers are basic brick structures.  They would be much improved with ornamentation, decoration, patterning and articulation and this is what we are campaigning for.  Even better would be to build what already has permission - it would be quicker too!

We believe English Heritage are likely to have concerns about the proposed design because the Station is in an elevated position and therefore very visible in the Conservation Area, which new buildings should enhance, not diminish, by their appearance.

We support the concept of having lifts but the design must be improved. 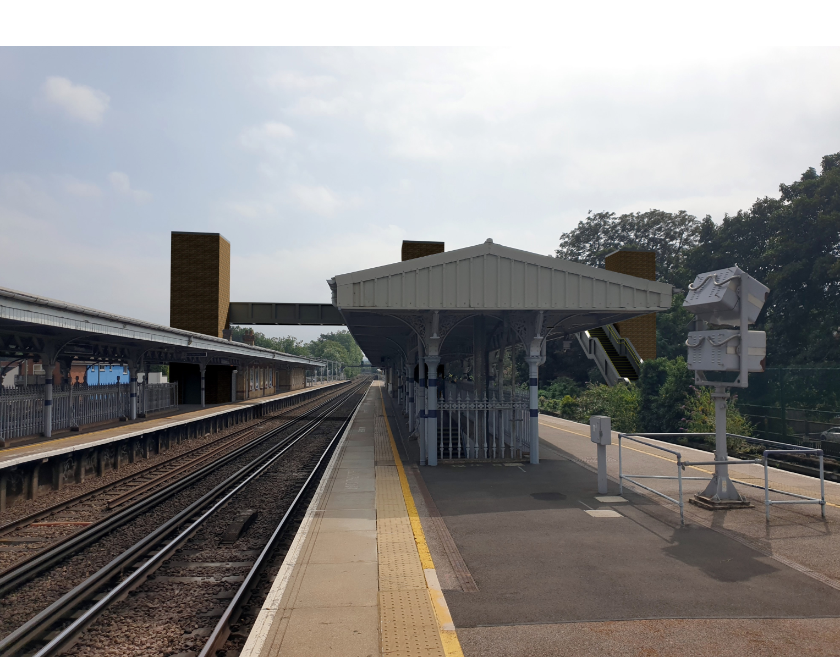