Missing lollipop person – 11 December 2014
Maybe related to the problem of cars parking outside Valley Primary School is the issue that, since the end of half term on 3 November 2014, there has only been a lollipop person for about two weeks; the rest of time there has been no one. This is reported here.

As a parent of young children at Valley, as I walk them to and from school I am frequently aware and frustrated by the parking of cars by other parents on Beckenham Lane.

Many park on the single yellow lines and then dash in to collect children whilst leaving hazard lights flashing.

Most parents do however respect the zig zag lines outside the school.

I am concerned that there is a patch of road, from opposite Farnaby Road to the crossing point operated by Gay the lollipop lady, which is single yellow and not zig zag. This area is frequently used for stopping and restricts drivers' views of the lollipop crossing as they descend Beckenham Lane from Bromley. Gay has said that she has had many near misses and has complained to her manager at Bromley Council about the problem of cars not stopping.

I would like to propose that we request that the zig zag lines be joined from the two school entrances to allow better visibility for drivers. Should the problems persist then perhaps we request the presence of traffic wardens before and after school.

Update 2 January 2014
The Shortlands Residents Association site contains interesting information on two potential new schools in the area which will have a direct effect on children wishing to go to Valley Primary School in the future. See their Winter 2013 newsletter.

Of particular interest is that one of the schools will be in the DHS building at Bromley South (on the corner of the junction opposite the RBS building and opposite the new police building), and as such the recent planning permission which was granted for an office block at this location will now not proceed.

Valley Primary School
The following pictures show some of the projects at Valley School which have been funded by RVPS. 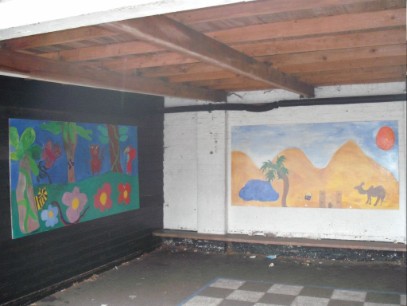 There are shelters in the school playground which the children use during inclement weather. They have been decorated to a design of a former pupil. 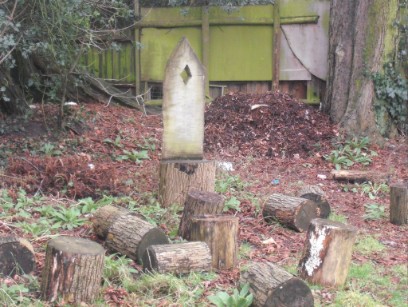 The story-telling chair provides an area where a whole class can sit outside whilst listening to a story.