A new planning application, ref. No. 20/01833/FULL6, for a part one/two storey rear extension, loft conversion with side and flank dormers and a raised front gable with elevational changes purports to be a revision of the previously approved application DC/19/03715/FULL6 at Hillary Mount, Crab Hill, Beckenham BR3 5HH.

As you can see from the design and access statement, the proposed minor alterations to Hillary Mount consider the size, position, design and appearance of the existing dwelling and have been discreetly and carefully designed so as hopefully not to have a detrimental affect on the surrounding area and neighbouring buildings. Related, referenced policy documents have been considered and the proposed external refurbishment works are said to have a positive impact on what they call “a tired building”. In line with the previously approved application the small additional rear extension continues to respect the character of the local area.

Update – 14 November 2019
The planning application, ref. No. 19/03715/FULL6, for a part one/two storey rear extension, side and flank dormers together with elevational alterations at Hillary Mount, Crab Hill, Beckenham BR3 5HH, has been permitted. The delegation report and decision are available.

The Advisory Panel for Conservation Areas (APCA) raised an objection to the external alterations which are out of character and detriment of the conservation area in particular the proportions and design of windows, cladding and changing proportion all of which are harmful to the architectural integrity of this very characterful building in the woodland setting.

However, it is considered that the proposed single storey side extension would be acceptable in that it would not materially harm the character or appearance of the host building, street scene or Downs Hill Conservation Area generally. 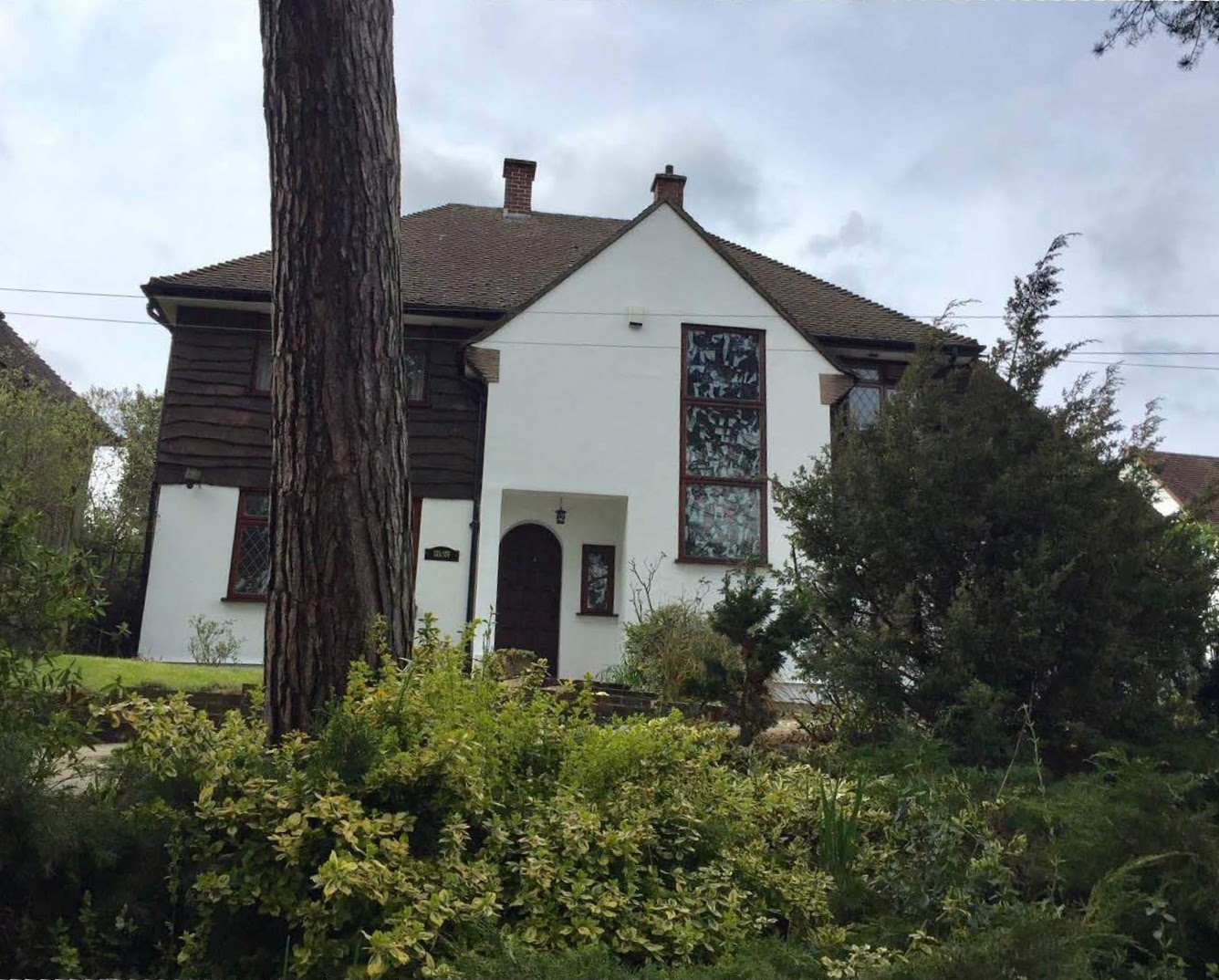 A planning application, ref. No. 19/03715/FULL6, has been made for a part one/two storey rear extension, side and flank dormers together with elevational alterations at Hillary Mount, Crab Hill, Beckenham BR3 5HH. The following documents are available:

As you can see from the design and access statement, the property is a two-storey detached house within substantial grounds located within the Downs Hill Conservation Area. The exterior of the building is white painted render at the ground floor and a dilapidated Waney Edge timber cladding at first floor level. Existing windows are single glazed and in poor state of repair – many have cracks and/or are unable to be closed properly.

The front of the property features a two storey white rendered entrance with gable. This includes a beautiful tall stained glass window which is in a poor state of repair.