As readers may recall, the house at 8 Crab Hill has been suffering subsidence in the last few years and the insurance company has been claiming that it was caused by two oak trees in the front garden of 10 Crab Hill. These two trees are covered by a tree preservation order (TPO), and so the insurance company’s agent submitted a planning application to have the TPO lifted, which would allow the trees to be felled. Neither owner at 10 or 8 Crab Hill wanted the trees to be felled, preferring underpinning as a solution to the problem. Normally, local councils immediately accede to the demands of the insurance company to remove the TPO, usually because they are bullied by threats of being sued for damages.

We have supported the owners, particularly at 10 Crab Hill, in a long and arduous fight to protect these trees and have been very well supported by the local councillors of Copers Cope ward, namely Councillors Tickner, Mellor and Wells. During this battle, we have sought DNA evidence (which proved that one of the two trees had nothing to do with the subsidence at 10 Crab Hill) and analysed in depth various reports that have been produced by either the council’s Tree Officer or independent tree expert. These reports were full of shortcomings, and our critical analysis of them undermined the insurance company’s position.

Three times we have been able to persuade the council to ignore the recommendation of its own Tree Officer (who has always recommended that the TPO be lifted), and on 7 January 2014 a final decision was made by the Development Control Committee – the TPO will NOT be lifted, and the trees have been saved for the benefit of the local community. We  wait to see the insurance company’s response.

Update 11 October
We think, but only time will tell for sure, that the Insurance company has given up trying to fell the tree. If this is so, this is another victory for David against Goliath. Watch this space.

Update 5 September
This application was considered by a plans subcommittee tonight.  And we are delighted to say that the Councillors decided not to accept the recommendation of the Tree Officer but decided to request that an independent report be made into the claims made by the insurance company.  As such we are hopeful that eventually a proper decision will be made with unbiased information. We remain hopeful of saving the tree. This result was a remarkable achievement - we have twice been able to overturn the Tree Officer's recommendation (that the TPO be lifted). It is quite possibly unprecedented and was only possible because of the tenacity of the owners, nearby residents who provided expert advice and, dare we say, ourselves.

We would like to express our thanks to our Copers Cope Councillors, namely Cllrs Tickner, Wells and Mellor who invested considerable time and effort in supporting us.

Update 9 August
The next meeting at which the Council will consider this application is 5th September.  More information shortly.

Update 25 July
This application was considered by a Planning Committee of Bromley Council on Thursday 13th June.  And ..... was not given Permission!  The committee asked for the matter to be 'Referred', that is put off to a later date.  This was considered necessary to obtain further  technical advice regarding the subsidence at the heart of the issue, and the effectiveness of a possible root barrier, something, incidently we have been calling for from the start.  This application has been challenged vigourously by neighbours and RVPS from the outset and has been given excellent support from Councillors Tickner, Wells and Mellor. The   residents' case was well presented at the meeting by Mr Haydn Davies who gave an authoritative speech and by Councillor Mellor, to whom we are grateful for giving up his evening.  We are hopeful that the application will be refused when it is next considered at a date TBC. 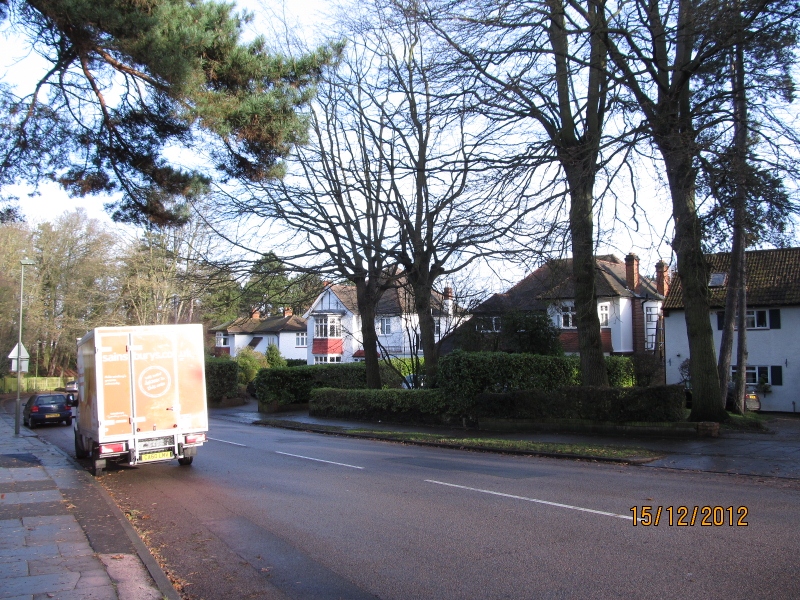 Two fine oak trees (see picture, centre), protected by a TPO, at 10 Crab Hill have been implicated as causing subsidence at 8 Crab Hill. Both owners at 8 and 10 wish to keep the trees because of their contribution to the street scene but the insurance company is pushing for felling in an intimidatory way. To enable this to be done legally, the insurers have submitted an application to the Council to lift the TPO. We, the owners and all three Copers Cope Ward Councillors (Cllrs Tickner, Wells and Mellor) wish to find an alternative solution, most likely to be a root barrier and we are hopeful that the Council will not agree to remove the TPO before, at the very least, the possibility of a root barrier has been considered.

We are particularly grateful to Cllr Tickner for attending a recent site meeting in support of the residents.

If anyone else is feeling bullied into having a tree felled by an insurance company, please contact us.

Please note. The application to remove the Tree Preservation Order on these oaks will be considered by the Council at a date to be announced, but probably late February/March (not 24th January, which was once a possibility).  Details will be posted here in due course when known. This will be a public meeting when anyone can attend to demonstrate their objection.